The Sipeed Longan Nano is a development board built around a GD32VF103xx MCU. The GD32VF103xx is a GigaDevice MCU with a RISC-V core and an architecture which generally assembles a STM32 MCU.

This page contains noted on how to get a full featured development environment - including (important dammit!) single step debugging - up and running. 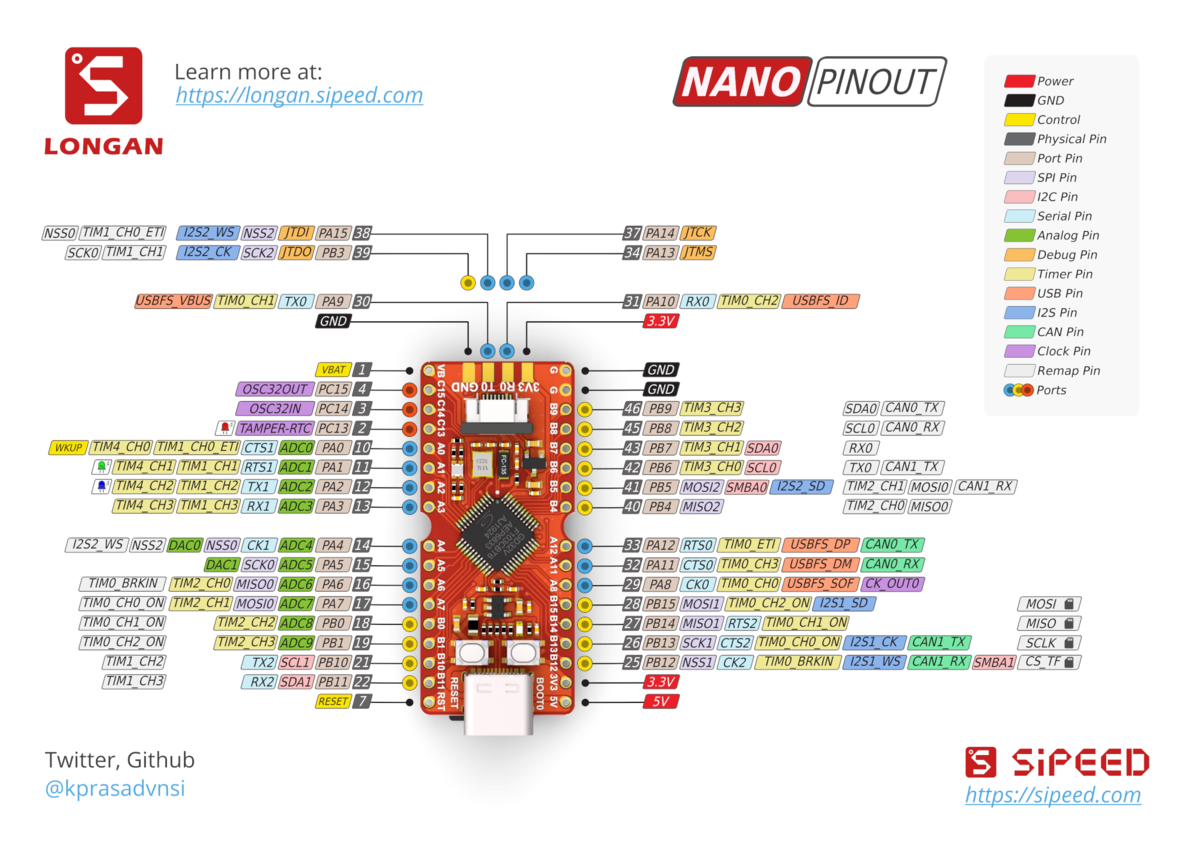 The GD32VF103 on the Longan Nano board, like STM32 MCUs has got a built-in system bootloader, which can be activated by holding down the Boot0 button during reset. Contrary to the STM32F103 on Blue Pill boards, this bootloader appears to support DFU.

Adding a UDEV rule to make it readable:

the device is recognized by dfu-util:

It is working although it is a bit weird they decided to treat the entire flash as one block of 128 kB. According to the User Manual the flash _can_ be erased per 1 kB page. 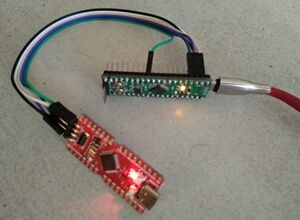 In this case we will be using a home developed development board, the Green Pill as a JTAG programmer. Our Green Pill board is largely compatible with a traditional Blue Pill.