This page documents some of my findings experimenting with I²C using the STM32 HAL.

For this exercise I used two Black Pill boards with a jumper lead going from PB6 and PB7 to the same pins on the other board. 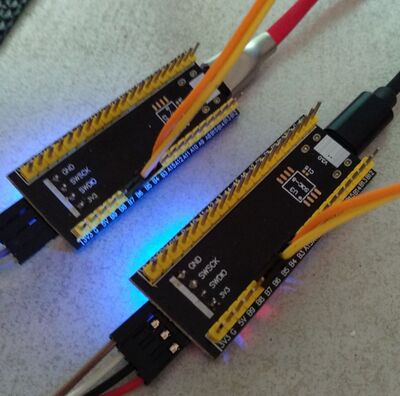 The clock on both board was configured identically:

I2C was also configured identically with the exception of the slave address: 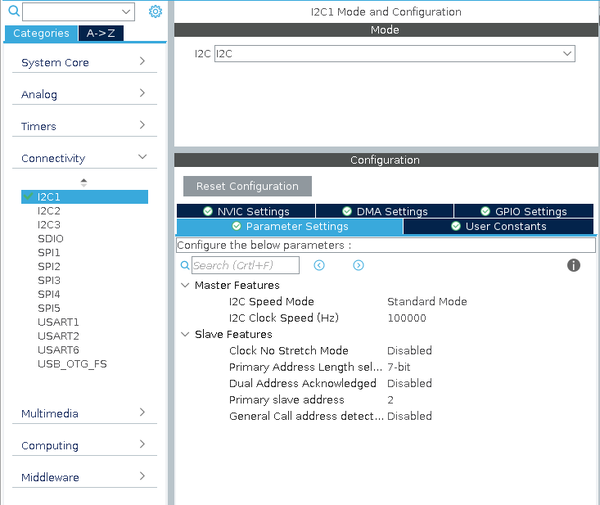 One thing worth noticing with I2C is that the addresses should be shifted left:

So, STM32CubeMX will - based on above configuration, create the following I²C initialization code: