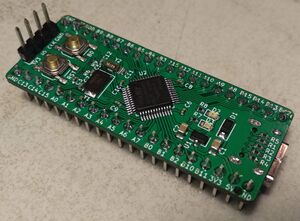 As is commonly known, many STM32 MCUs, including the STM32F103 used on the Blue Pill boards, contains more non-volatile flash storage than is advertised by ST. On my own Green Pill board a STM32F103C8 MCU is used. This MCU has got - according to ST, 64kB of flash, but in reality it is identical to the STM32F103CB and it does have 128kB of flash. This is documented in quite some detail here.

This naturally leads to the question if this extra flash could be used to store for example sensor data, and well, the answer to that question is: of course it can.

Before we dive into this in more detail, let me stress a big fat warning. Just because something can be done that does not necessarily translate into that being a good idea. In the STM32F103x8 datasheet, we find the following table:

In other words, while the number is probably much higher, ST only guarantees 10000 erase cycles on their internal flash. This value is much lower than a dedicated flash which will often guarantee in excess of 100000 erase cycles. 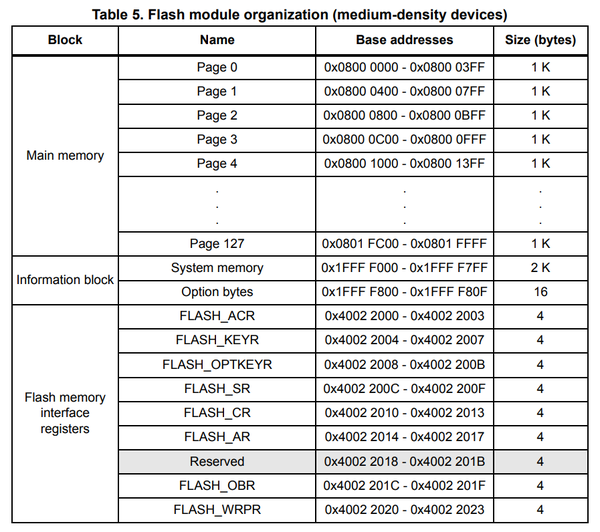