The idea about the Demiurge emerged back in 2019 and the first prototype was developed around the ESP32 MCU. During initial testing of this prototype we concluded that the SDK of the ESP32 was not mature enough to handle the real time audio stuff. Because of that, the design was modified to use a STM32F405 MCU. Unfortunately, around the time we were ready to start selling these, the STM32F405 disappeared from the market completely.

In 2022, prototyping restarted as supply of RISC-V MCU CH32V307 became available, which has very similar peripherals and is nearly pin compatible with STM32F405. The PCB layout is made so that with relatively minor manual changes, it is possible to mount STM32F405, STM32F407 and STM32F730. Some time in the future, we are likely to stock some/all of these variants in our store. 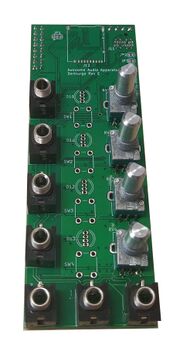 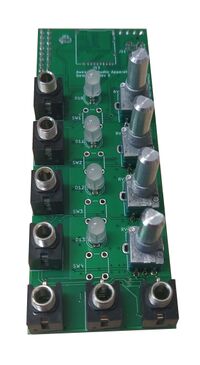